The majority of drain and sewer pipes are hidden underground, so it’s difficult to know if you could be facing a serious problem in your wastewater lines. That can be anything from small buildup, to a significant clog, to extensive pipe corrosion, which will ruin your line over time.

Much like cracks or breaks, corrosion can quickly affect the structural integrity of a pipe, causing potentially hazardous wastewater to leak throughout your property. The majority of the drain and sewer systems in the United States were built well over a century ago, when technology regarding corrosion protection was much more limited – often leaving them more susceptible to it. A pipe that has significant corrosion is more likely to be rehabilitated or replaced prematurely.

But What Is It Exactly That Causes Drain And Sewer Pipe Corrosion?

While there are a number of contributing factors to a pipe’s breakdown, the most common cause of corrosion is the combination of moisture and bacteria from waste, which forms sulfuric acid. 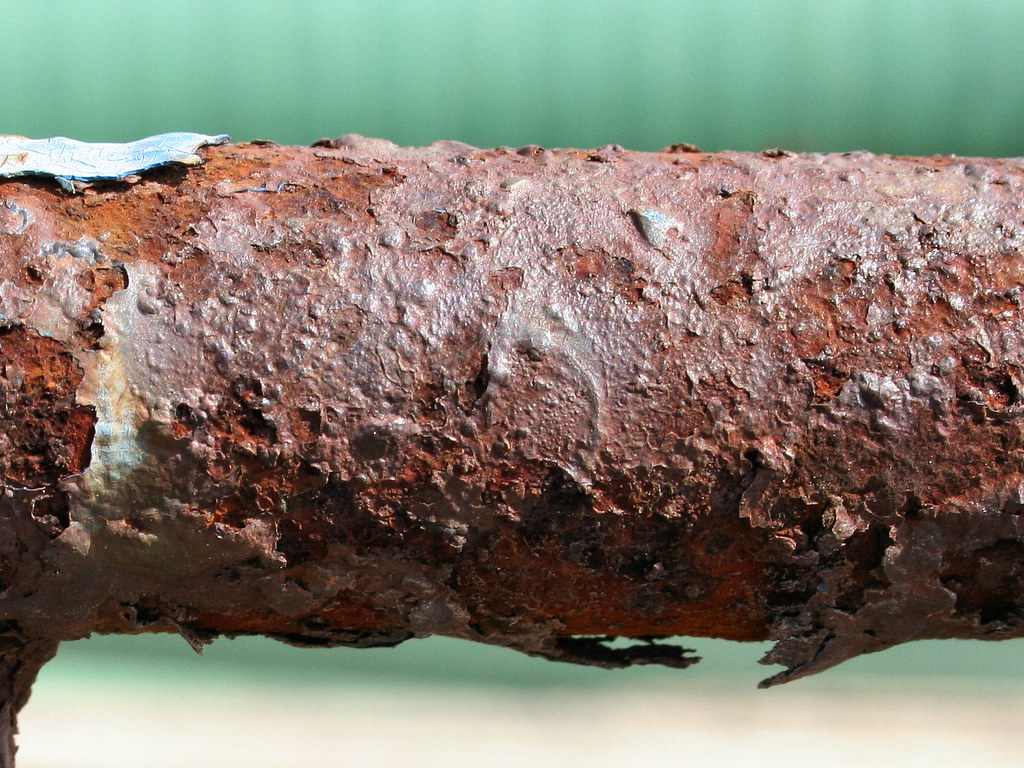 The most common material used to make drain pipes is cast iron, though it is vulnerable to moisture and acidic gasses, like hydrogen sulfide. Produced by accumulating sulfates found in raw water that travels – and builds up – in drain lines, the pipe’s low-oxygen environments help the hydrogen sulfide develop into sulfuric acid. When the sulfuric acid comes into contact with the pipe’s crown – the highest internal section – it corrodes, which is known as crown corrosion.

Corrosion comes in many different forms, with contributing factors such as soil conditions and seasonal temperature change. Pitting corrosion, most often caused by poor application of the pipe’s protective coating, is a localized form that creates small pinhole-like leaks that can sometimes be hard to detect without the right equipment – and is the most damaging. If left untreated over time, it can lead to significant issues with drain lines, creating a massive leak.

Erosion, on the other hand, occurs when a corrosive liquid, such as a drain cleaning solution, wears away the inner pipe lining. Using drain cleaners too often can wreak havoc on the inside of your pipes and cause the wall to slowly break down and, if there’s buildup or a clog slowing things down, the solution sits inside of your pipe and the harsh chemicals run the risk of eroding, causing a leak – even after just one treatment! That’s why it’s best to avoid using unclogging solutions with hazardous chemicals, because there’s the risk of doing more damage than good.

How Can I Be Proactive Against Drain And Sewer Pipe Corrosion?

Regular inspections and routine drain cleanings are the best way to stay ahead of any potential pipe corrosion – and pipe relining protects against further damage at the first sign of corrosion.

A lot of stuff finds its way into your wastewater before it makes its way down the drain, things like hand soaps, body washes and even food. The more that goes down, the more that can buildup on your pipe’s walls and create a clog, which can sit in your line and eat at your pipes. The best way to fight the potential of pipe corrosion is by simply being proactive. Schedule regular video pipe inspections and drain cleanings once a year, as recommended, to ensure your drains and sewers are spotless. A water-jetting will blast everything away without damaging your pipe’s wall. The less that might be in there, the less chance for corrosion.

Are you dealing with pipe corrosion, or wondering if it might be causing drain problems around your property? Don’t wait until there’s pools of wastewater around your property, give us a call or schedule an appointment online any time, with all of the necessary tools to handle any job.