The World's Largest Sewer Is In Tokyo And It's Unbelievable

As drain and sewer aficionados, we see all different types of wastewater systems – some are small, some are big, some are clean and some are dirty. But none are quite like Tokyo’s G-Cans Project, which is better known as the Metropolitan Area Outer Underground Discharge Channel.

Buried approximately 165 feet beneath Kasukabe City, on the outskirts of Japan’s capital city, the G-Cans are credited as the world’s largest sewer, an enormous engineering feat that cost more than $2 billion to construct and took almost 27 years to complete, starting back in 1992.

Consisting of a network of five 213-foot silos, connected by close to four miles of tunnel, G-Cans measures about 62 miles in length but the most impressive part of the state-of-the-art drainage system has to be the 83-foot-long main storage tank. Referred to as the “Underground Temple” because of the aesthetics, it was constructed to collect excessive run-off from city waterways and features a 1,400-horsepower turbine that can pump up to 200 cubic meters of water every second, or about 12,000 tons of water per minute – that’s about four and a half Olympic-sized swimming pools. The science involved with the facility’s functionality is impressive, but you might be asking yourself why such an unbelievably massive structure is actually necessary. 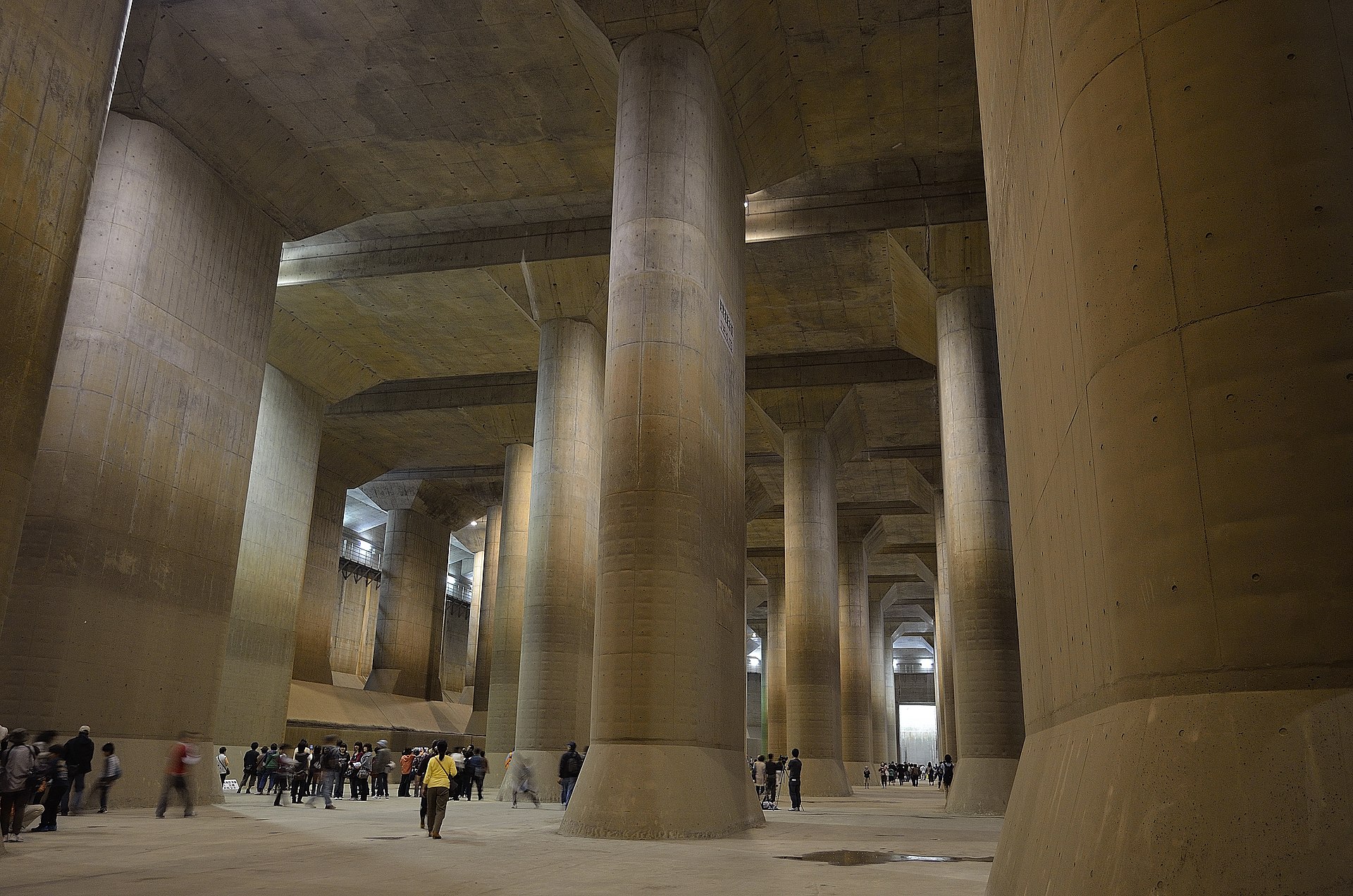 The answer is simple, it’s because of the risk of tsunamis. Every year, the almost 150,000 square foot island prepares for tsunami season, occurring from June until the middle of July, and although they happen with infrequency, there can be several occurring every century – and that’s without the threat of Godzilla returning for another sequel film! Japan’s last major tsunami occurred back in 2011 as the result of the fourth most powerful earthquake ever recorded, resulting in an estimated 19,747 deaths, with many more people missing or being displaced.

The G-Cans are in place in the hopes there’s never a similar result in the future. But it’s become more than just a practical structure, it’s become a landmark in the city, one people want to see.

Get An Up-Close Look At The World’s Largest Sewer

Although a reservation is recommended, guests can look to jump in with a tour during weekdays if there’s availability. There are two types of tours: the hour-long tour that takes guests through the Underground Temple path and a longer tour that explores the Shaft area, taking groups across the catwalk and around one of the massive drain shafts. The shorter tour will run 1,000 yen – or about $7.00 – and the longer version will cost 3,000 yen – or about $21.

It can be somewhat of an exclusive exhibition, with only so many tours and limited spots available! Keep in mind, the tour is only in Japanese, so bring someone who knows the language. In the event there’s an emergency, you will follow in-place evacuation procedures.

Sure, the G-Cans are an incredible engineering feat, one we find fascinating, but we’re more focused on residential and commercial drains. If you’re battling a slow-draining sink, an overflowing toilet or grease buildup, leave it to the professionals to get your wastewater lines flowing! Give us a call or schedule an appointment online at your nearest location today.