How We Wipe: The Bizarre Evolution Of Toilet Paper

Toilet paper has definitely had its moment in the last couple of years. It’s not something that we gave much consideration prior to 2020 and then came “The Great Toilet Paper Shortage.” What started as one of the oddest byproducts of the global COVID-19 pandemic has now left many Americans always checking if their house is stocked before heading out to the grocery store.

But the soft, easily flushable stuff that we now use hasn’t always been the accepted method for cleaning after going to the bathroom. What we’ve used to wipe has evolved immensely during the existence of humans, so what exactly did people do before toilet paper was invented?

When In Rome, Use A Sponge On A Stick

The Roman Empire, which came to power just before 20 A.D., was known for many things: stunning architecture, gladiators and even vomitoriums – they’re not what you might think! The Romans also lay claim to one of the first recorded versions of toilet paper, called tersorium.

Better known as a “sponge on a stick,” it has been traced back to the first century A.D. and was used in communal fashion, from one person to the next. Don’t worry though, it was typically cleaned between uses with vinegar and salt water. If that sounds gross to you, there were other options. The Romans and Greeks would sometimes use their own personal moss or leaves too.

If you were feeling a little spiteful back then, you could take the low road and clean with pessoi – or bits of broken pottery – with the name of an enemy on it. This practice, known as ostraca, was very real and a symbolic way to defecate on your foes – talk about sending bad vibes! But with such harsh-sounding options, why didn’t ancient Europeans wipe with some kind of cloth?

Some of them actually did, however the cloth was handmade. Sure, it was as soft as modern-day toilet paper but it was just as expensive too, so it’s likely that the majority of the population elected for more cost-effective methods of wiping, even if it wasn’t as pleasant.

The Far East Was Thinking Far Ahead

Much like the sponge on a stick Romans used in the first century, hygiene sticks were popular options in other parts of the globe. Bamboo sticks resembling spatulas were found along the Silk Road – an ancient trade route linking China with the west – and likely used during the Han Dynasty. These artifacts, wrapped partially in cloth, even contained preserved fecal matter.

That sounds a little cringeworthy, but you’ll be glad to know that paper had begun to catch on in China as a way to clean up the bathroom by 6th century A.D. By the 14th century, China was able to manufacture toilet paper – and even made a perfumed version for the imperial family. It seems that China was about 400 years ahead of the western world in the race to replace hygiene sticks as a post-relief staple. It wasn’t until 1857 with the invention of Joseph Gayetty’s “Medicated Paper for the Water Closet” that toilet paper was distributed in the United States.

Gayetty sold the “innovative” idea for 50 cents per package of 500 sheets. Not a bad way of making a living but it leaves us wondering what we used in this country before those sheets.

Navigating the Maize Prior To Toilet Paper 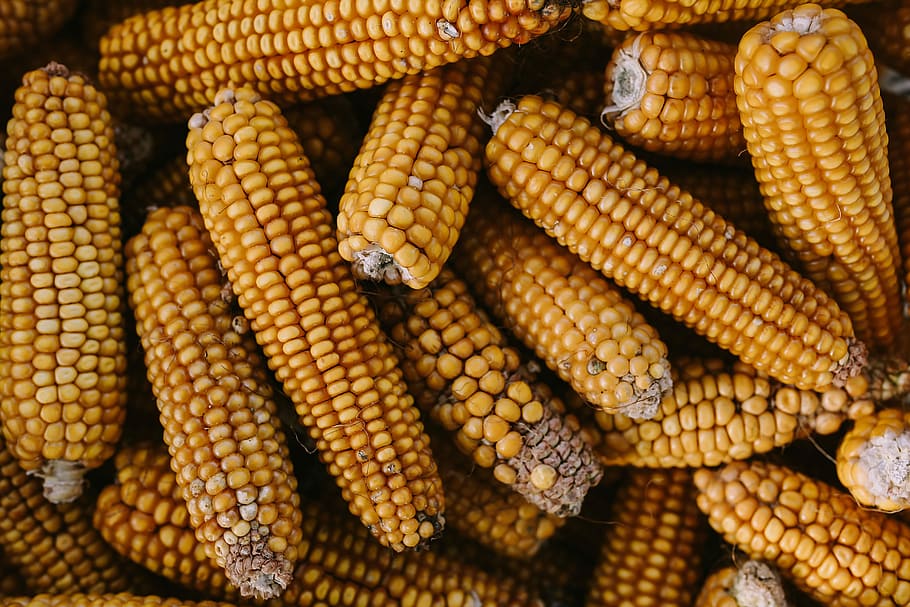 There’s plenty of corn scattered across the United States, which might be why early Americans used corn cobs in place of toilet paper throughout the 1700s. When printed materials such as newspapers and magazines started hitting the shelves in the 1800s, both offered an alternative source of material for more delicate derrières. According to the University of Minnesota’s Barry Kudrowitz, Sears Catalogs were the paper of choice in outhouses across North America until the company began printing on glossy paper, which just wouldn’t work as well for the loyalists.

In fact, even the Farmer’s Almanac owns a piece of this legacy – it was nailed to outhouse doors so frequently that, in 1918, the company began pre-drilling the holes into each publication. In 1930, however, toilet paper manufacturers were able to finally boast that their perforated toilet paper was “splinter-free,” a true selling point for those using periodicals.

Knowing what we know now makes it even more understandable that people rushed to clear the aisles in their local grocery stores in 2020 – no one wants a splintery bottom, that sounds awful!

Let’s Not Forget The Bidet

If the thought of wiping with a shared sponge on a stick or the latest issues of the Sears Catalog gives you the heebie-jeebies, you might be wondering if there’s a better way to stay clean. The French believed so and, in the 1600s, began using a washing basin to clean themselves after a trip to the loo. Originally named bitet, which literally means “pony” to imply trotting because of the way you needed to sit in order to use it, the bidet also earned the name “garden horse.”

Over time, the bidet found its way into the modern bathroom – and into 95 percent of bathrooms in Italy and Portugal. But is it really a better option? Washing certainly works better for cleaning than simply wiping dirt away and it’s also friendlier to the environment because no paper is needed, meaning fewer chopped down trees and clearer sewers. However, there’s no scientific evidence that using a bidet instead of toilet paper will remove any more germs or bacteria when compared to traditional wiping. So, it just depends on what you prefer for your lower region.

Whatever Floats Your Boat – And Keeps Your Drains Flowing

Whether you prefer traditional toilet paper, hand-making your own reusable washcloths or cleaning up with a bidet, there are so many options for staying sanitary these days.

Just be sure that whatever method you use doesn’t clog your drains when you go. The only product you should be flushing is good, old-fashioned toilet paper – not wipes, even if the label says “flushable,” or sanitary napkins and certainly not catalogs, corn cobs or any pieces of pottery. If your toilet is having issues and the flow is disrupted, we’re here to help! Give us a call or schedule an appointment online – there’s no charge for us to come out and look.