How We Unclog: A History Of The Plunger

No tool is more synonymous with plumbing than the plunger. With one in almost every home and business sitting next to the toilet, this item can rescue you from many waste-induced clogs, offering an inexpensive, and sometimes very effective, way to get your toilet flushing again.

The basic idea behind the plunger is pretty simple: create a suction and generate pressure.

When the rubber cup is sealed down over the drain opening and the user moves the handle up and down, the pressure of water getting forced up and down can potentially dislodge a clog, allowing it to then continue on its way through your line. There are several types of plungers, some better equipped to deal with toilets while others are better for sinks but have you stopped and wondered just how the plunger became the go-to tool when dealing with wonky drains?

The Plunger’s Origin Story Is Clouded With Mystery

There are a few beliefs about the plunger’s origin, with the earliest potential uses dating all the way back to the late 1700s, while many credit the actual invention to several different people.

When it comes to the exact birth of the plunger, it remains somewhat of a mystery. Some have estimated that the tool could’ve been created and used as early as 1850. Who invented it is also another topic for discussion, as there’s several different names attached to the birth of the plunger. Many claim Samuel Prosser is the originator of the plunger, thanks to a 1777 prototype that looked and acted much like a plunger and was used as part of a toilet-flushing system. 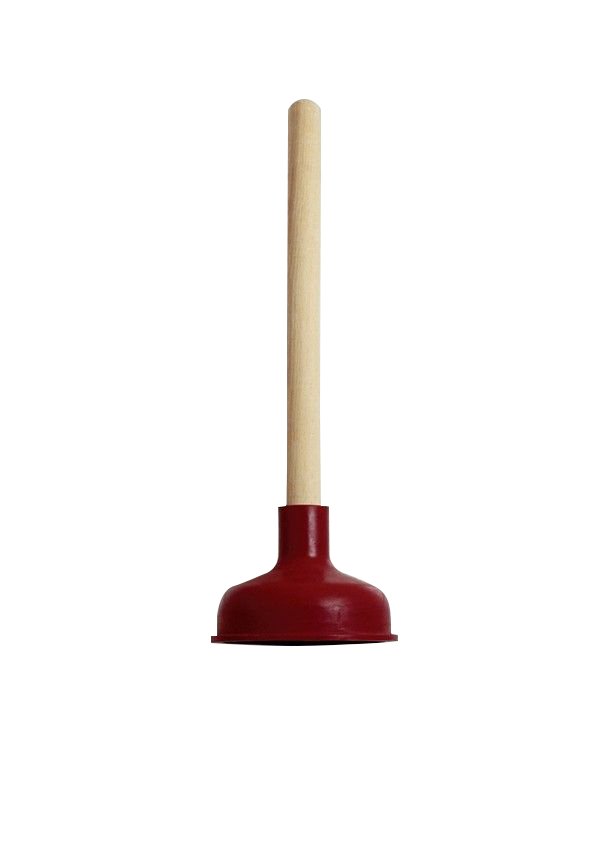 The second person, and perhaps the most commonly believed creator, is John Hawley, a New York confectioner. Hawley filed a patent in 1874 for what he called “vent-clearers for wash bowls'' which looked similar to today’s iteration, with a rubber cup attached to a vertical handle. Its main purpose was clearing obstructions in “discharge-pipes” of sinks and water basins. Two years after the patent, Hawley flattened the plunger with a patented improvement, changing it by adding “a bead or thickened rim formed around the edge of the cup of the vent-cleaner.” And then there’s Jeffrey Gunderson, who is sometimes credited with creating this toilet aid. In 1932, it’s believed he refined it, perhaps leading to its popularity and why he’s seen as the creator.

How Has The Plunger Changed Throughout The Years?

The earliest known plungers were made of wood and synthetic rubber, with a handle that appeared to be more ergonomic, like that of a hammer. It’s evolved minimally in the years since.

No matter who actually gets credit for the invention of the plunger, one thing that is certain is how they were made. The first plungers consisted of wood and synthetic rubber, though the handle appeared to be more ergonomic, resembling the handle of a present-day hammer. The plungers haven’t evolved too much in the years since, though there are now more than one kind, such as the beehive plunger and the accordion plunger. Each has little tweaks in design, making them either more versatile or more powerful, depending on what you might need.

If a plunger simply isn’t getting the job done, it’s best to leave it to the professionals. At Zoom Drain, we have all of the tools and equipment to get the job done fast – and done right. Give us a call or schedule an appointment online, we’re always available for around the clock service.